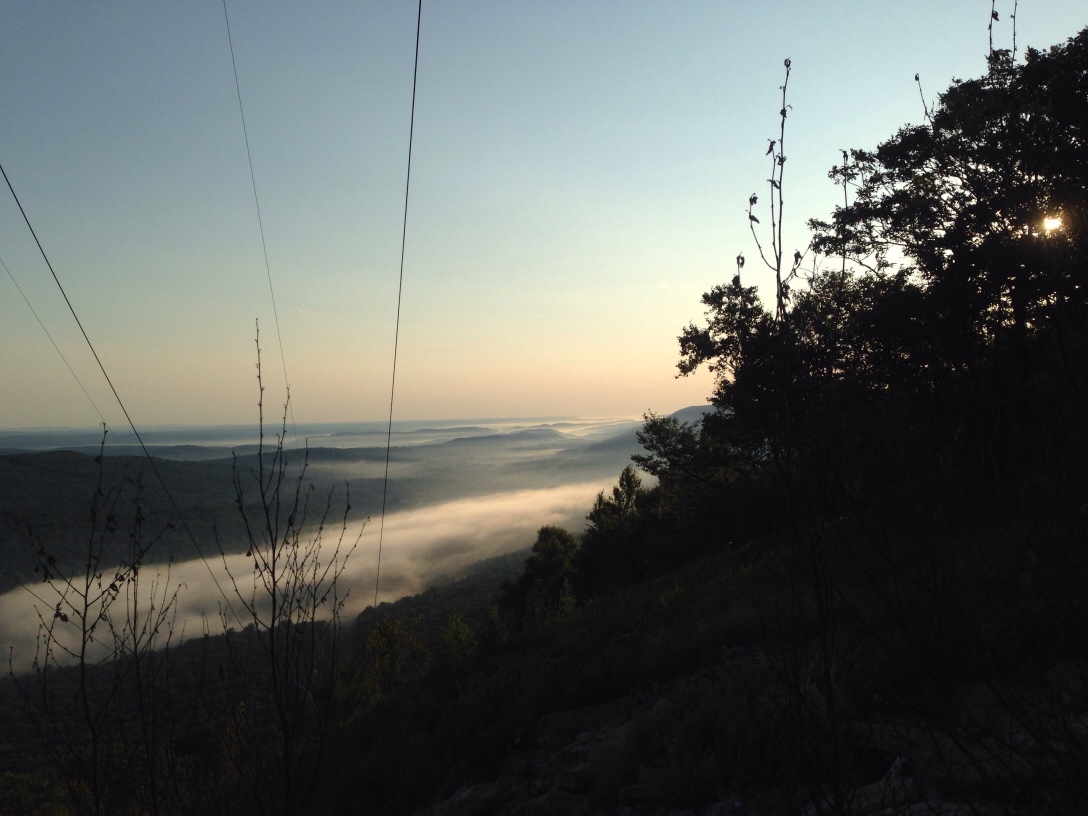 I went to the doctor yesterday for a follow-up for the Ehrlichia. I still have not been up to par, and have had lingering symptoms, which include pain in my muscles, night sweats, headaches (which started back up on the day I quit the antibiotics) and tiredness.

The Doctor I have gone to ONCE here where we live is retiring, and I knew I would be getting a Nurse Practitioner.  Though I only went to him one time, I liked him. His hair was long-ish (probably a leftover style statement from the Hippie Movement) but he looked like he could have just come from the field after taking care of cattle, or harvesting a crop. He listened to me carefully, took time to explain things to me, and gave me options, rather than scaring me into taking a certain medication or having a certain procedure done.

I have had very bad experiences with Doctors in my past. They didn’t seem to take me seriously, and rarely did I ever get a conclusive result. It was as if they could not wait to get out of the examination room, were on a time clock, couldn’t be bothered (or seemed irritated) to have to answer my questions, and just wanted to give me a pill to see if it helped, rather than getting to the bottom of the problem. Then there was the ‘Doctor Roullette’ where they referred me to someone else and I would have countless tests that were inconclusive, and surly, pompous and impatient doctors to contend with.

I’ve had some refreshingly good experiences, lately, with the medical profession. It has restored my faith, somewhat. I think, perhaps, that what I’ve experienced is the difference between ‘the Big City’ and ‘Rural’. That is a whole other topic for another blog post, and one in which I have some passionate thoughts.

(I just have to interject, here, that I LOVE ending sentences with prepositions. Sometimes I just don’t care. Other times, I ‘try’.)

As I mentioned before, they told me I would see a Nurse Practitioner. Awesome! I was looking forward to it, because the Nurse Practitioner I had before seemed to really listen, take me seriously, had a great bedside manner, explained things well, and she seemed to CARE!

The Nurse Practitioner at this Doctor office was everything the other one was. She probably spent 30 minutes with me, and was very thorough, and concerned. Long story short, she wants to test for other tick diseases. Often, when you get a tick disease, there are ‘co-infections’ of other diseases. It’s amazing that these tiny little insects carry so many bad things in their bodies, that can have such a big impact on those they bite! The Nurse Practitioner explained that if there are ‘co-infections’ it could make my symptoms worse, or cause them to linger longer. She said sometimes they require intervenous antibiotics. She also said that once you test positive for a tick disease, you’ll ALWAYS test positive because of the antibodies in your blood (I hope I understood that correctly.) She also seemed to indicate that once you get a tick disease, there was always the possibility it could ‘flare’…just like a staph infection…no matter how early you catch it.

She was concerned about the headache. I thought the fact that they started up right after I finished my antibiotics could be a coincidence. She said if they continued to be as bad as they have been, that they might need to examine my spinal fluid for meningitis (which can also occur with tick diseases, and which can be quite serious.)

She seemed unconcerned about the rib. I asked her about bone density tests, and she said we could look into that later if needed. She was focused on the tick disease. She did say that it was not unreasonable that a rib would break if stressed enough with the weight of my backpack.

My blood pressure was back down to very low numbers, which is my ‘norm’. I was relieved over that.

She told me to REST for a few days. She reiterated what someone at the Connecticut Hospital told me when I called for test results– that it’s difficult for your body to heal of the tick disease when you have lots of physical exertion. I read an article one time talking about how quickly people go downhill after stopping physical activity. It went through what happened in a day, a week, weeks, months and year. What struck me from the article was how quickly one deteriorates when they stop exercising. I don’t want to lose what I have gained (in the way of physical strength, endurance and health) and I don’t want to gain what I’ve lost (in the way of fat.) She said I could walk…just not to exert myself. Bud called me on it and asked the Nurse Practitioner how much was too much and told her I would probably do 10 miles and think that was ‘not exerting myself’. She said I could do 4 miles one day, and if I didn’t feel exhausted, to do 4 the next day. If I felt exhausted, not to walk the next day. (I’m probably going to do 6, since I know that it’s 3 miles to the poultry farm and 3 miles back to the house.) I didn’t walk at all yesterday. I AM feeling better this morning.

That’s it in a nutshell. I know many of you have said you hope I will continue to blog. I’m not sure how much more I have to say. I do think I’ll do at least one post on my thoughts about returning back into society and into my old routine. I am excited to think about going back to the trail to finish my hike (or do the part I have never seen.) It’s hard to see my fellow teammates pictures on Facebook as the continue on. I’m a little jealous. Since I made it further in 2016, I KNOW how beautiful and fun the rest of the trail is. I’m excited and feel hopeful to think of being able to finish my hike sometime (if Bud is agreeable). It was a tremendous stress on him, as my support person, not only taking care of the physical things like getting my mail drops to me in time, but also worrying about my well-being while I was out there. Thinking about a future hike gives me something to look forward to. I consider myself to be ‘a hiker’ now. I am an experienced hiker! Selah. Anyway, I’m going to keep the blog (as well as the Facebook page) up in case I do go back to finish.

Thank you all for your kind comments. I’m humbled that any of you wanted to follow my journey at all, and touched by those who have said I inspired you in some way. Y’all are the best!